A total of 16 Comets made it to Winsford made up of 10 Local boats and 6 visitors.

Conditions The sailors were met 12-14 mph easterly wind with occasional gusts up to 17 /18. This ensured a challenging day of racing sailing with hiking, planning and wind shifting up to 50 degrees.

Within 30 seconds of the start, we had our first couple of capsizes.

As the fleet worked its way towards the first mark Eddy Pope led Pete Coop and Chris Robinson. By the third lap Pete had got past Eddy only for Eddy to re-take the lead on the final lap.

All competitors reported close racing with lots of position changes.

Pete overtook Alan and built a good lead which he maintained to the finish.

A great race by Rosemarie Benson saw her climb into 3rd place.

Eddy had been as low as 7th but made a good recovery to finish 2nd.

So, with Eddy and Pete both sharing a 1st and 2nd , it was all to play for going into the final race and with the strongest wind of the day.

On the first leg Eddy went left, Pete was in the middle and several boats chose the right.

Surprisingly all 3 choices were reasonable which resulted in big compression of boats arriving at the windward mark.

Eddy just got round in first, Pete was back in 7th and despite climbing back to 2nd it was not enough to deny Eddy outright victory.

Our race officer John Close and his team did a great job and the day finished with plenty of homemade cakes. 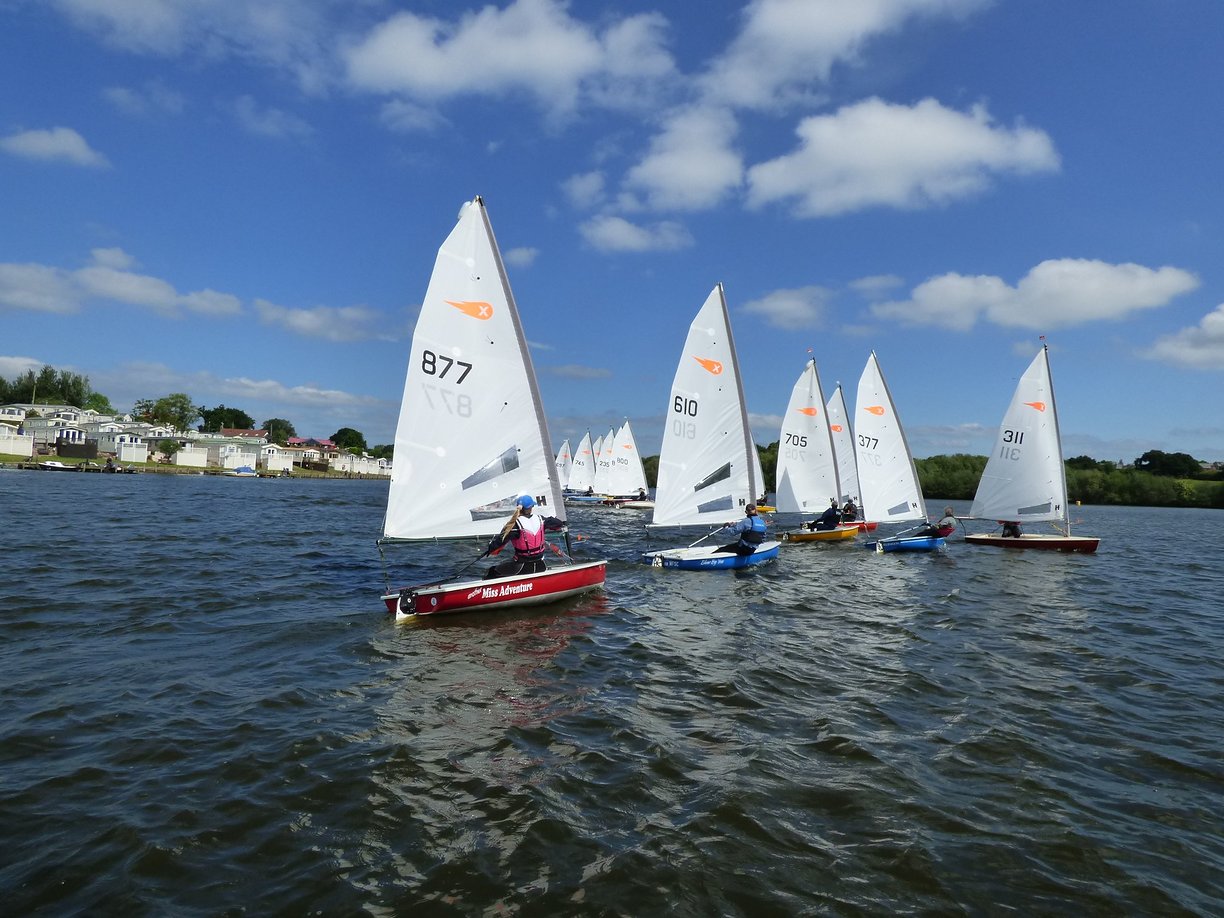 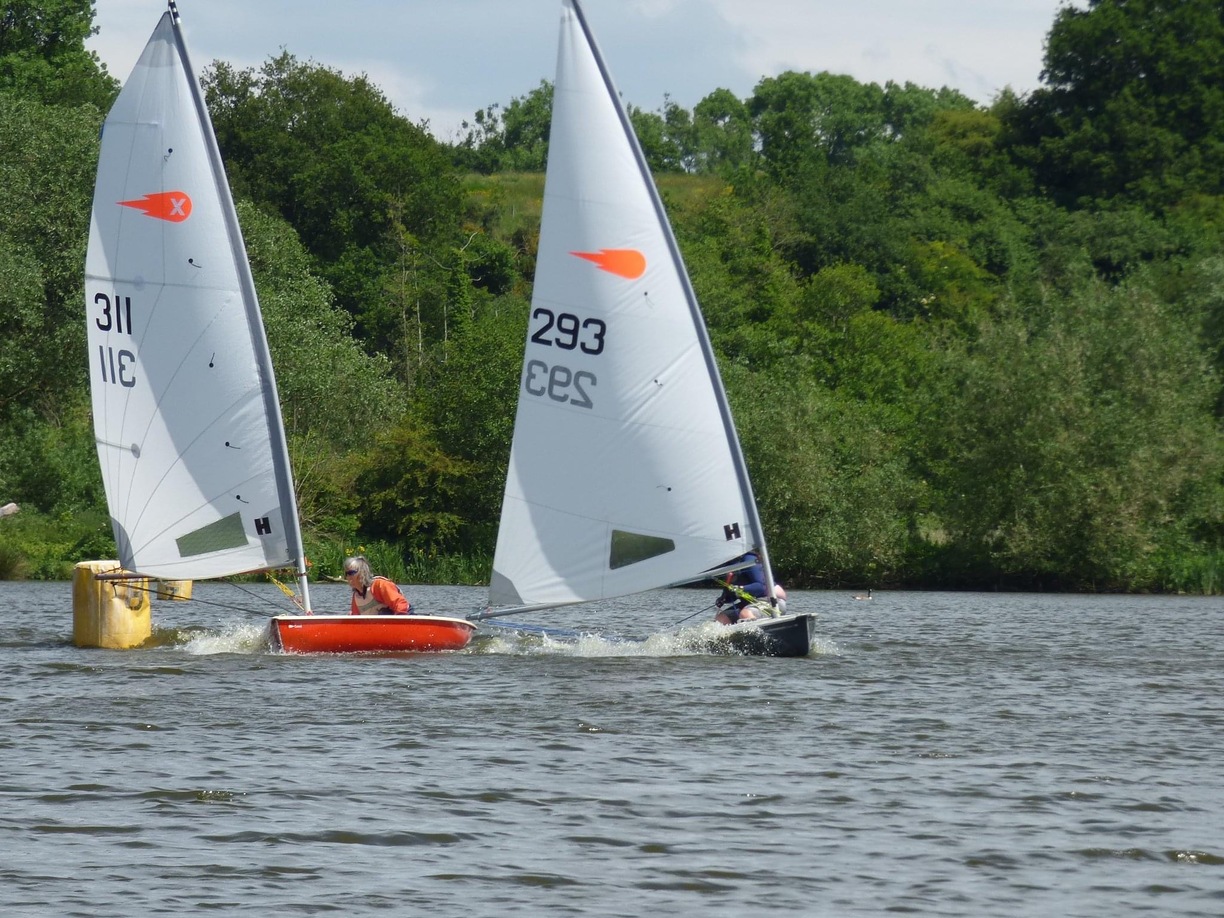 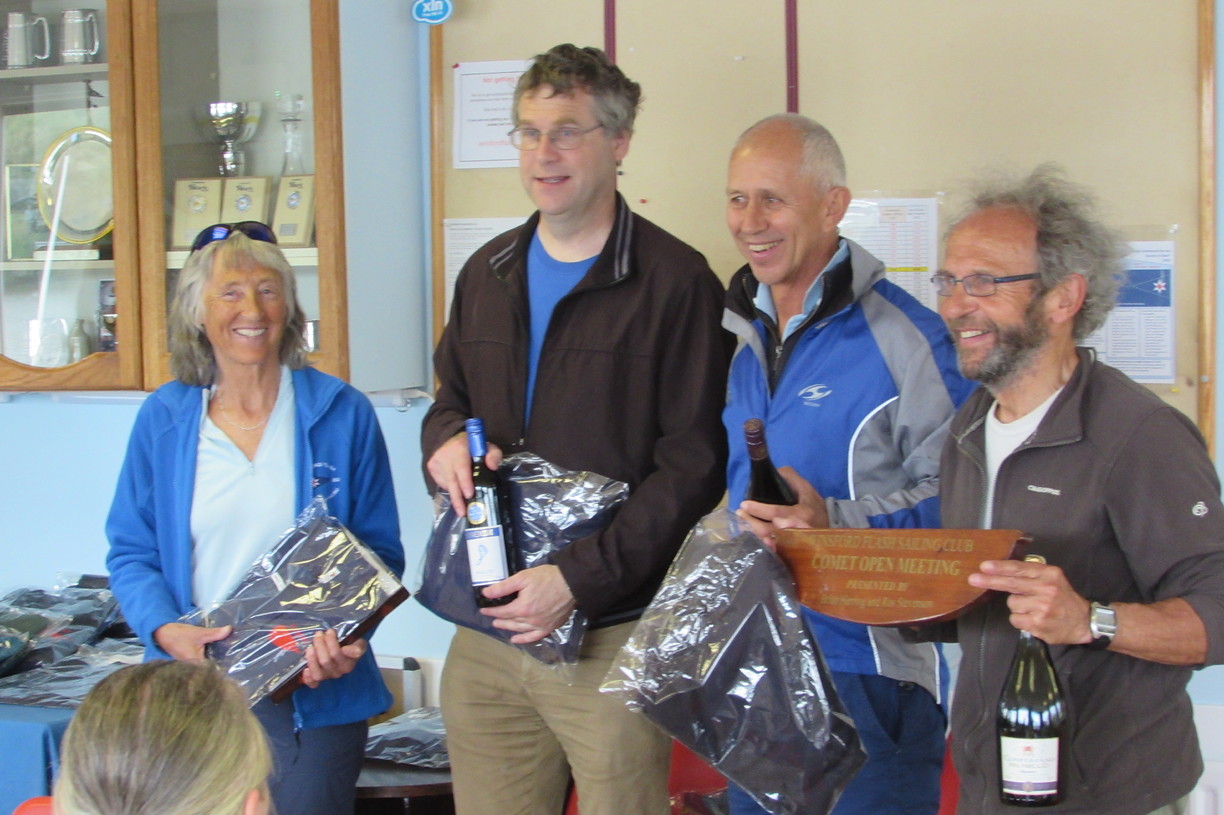 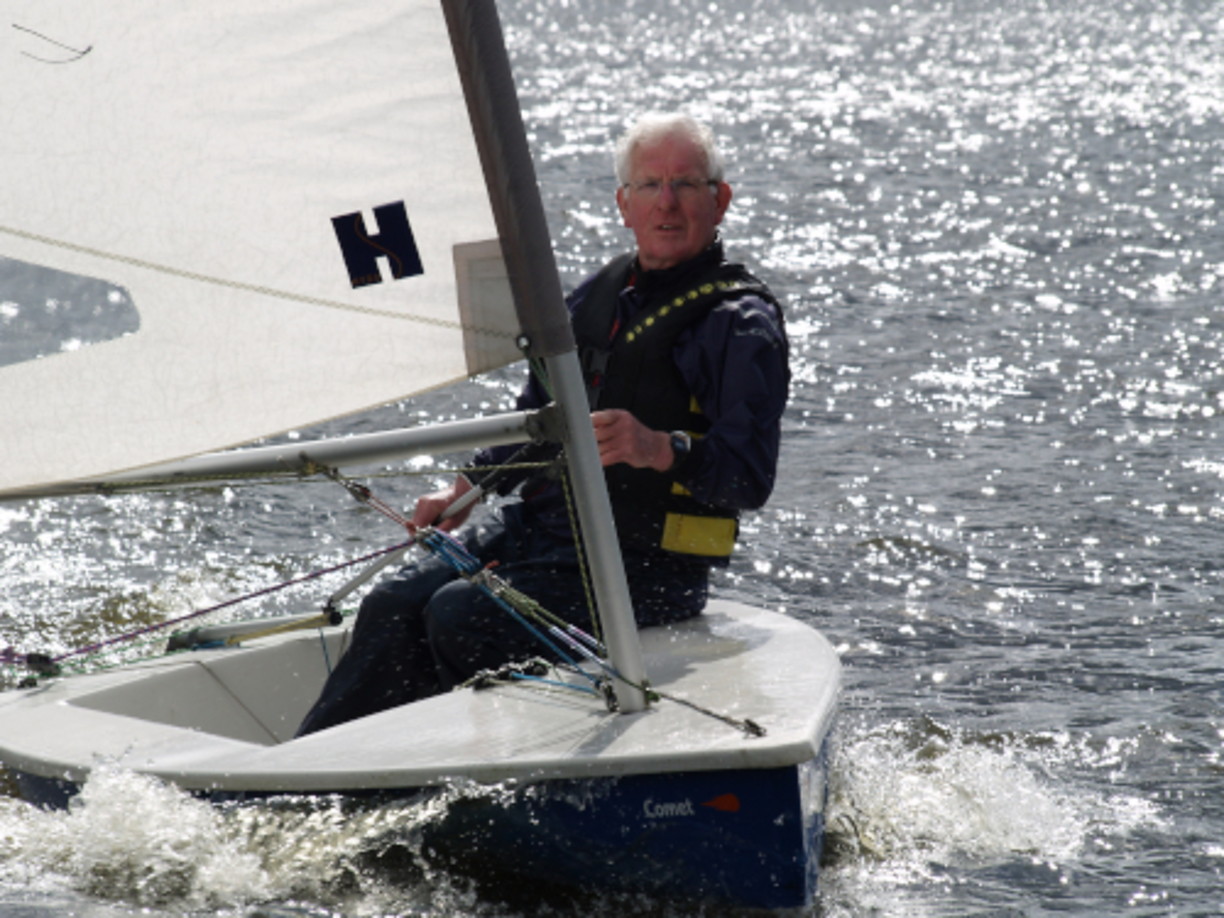 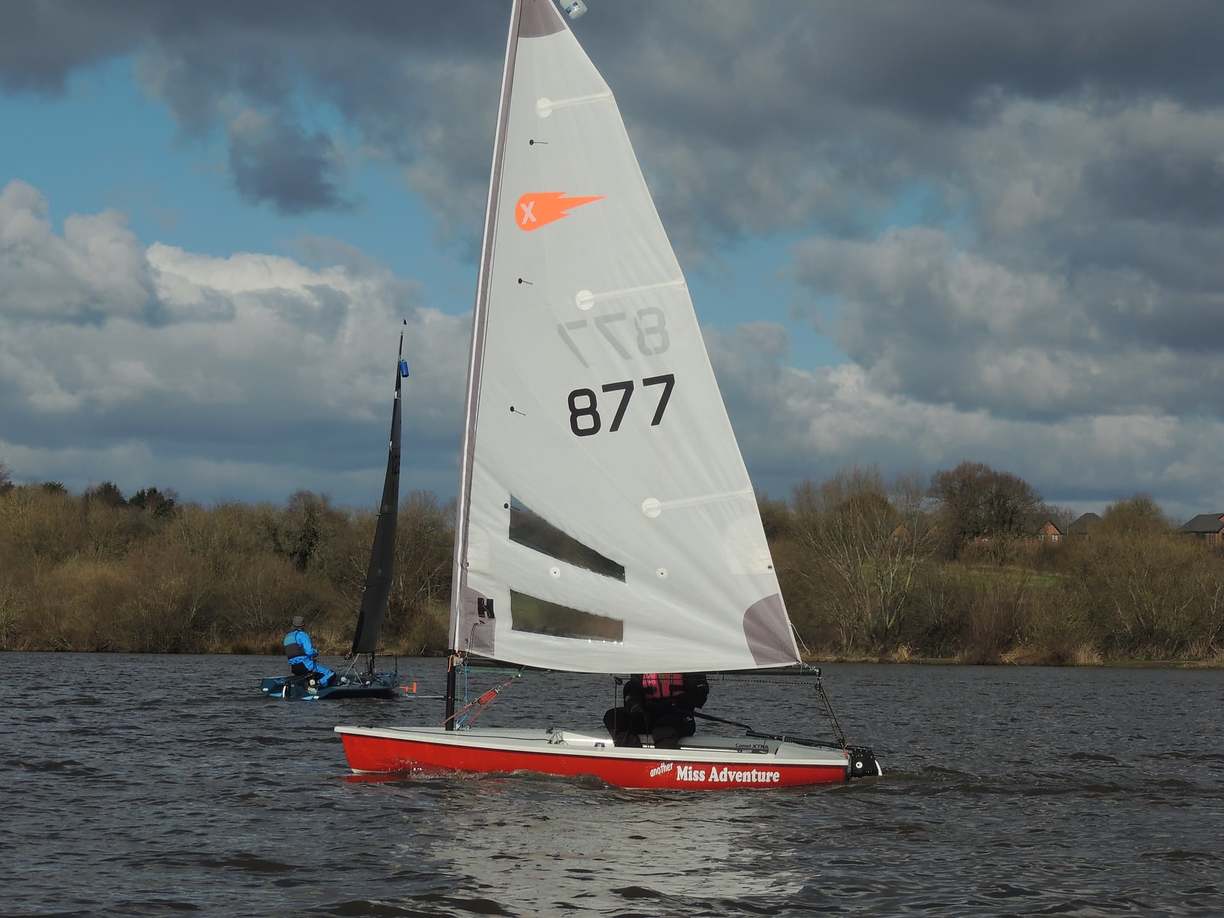 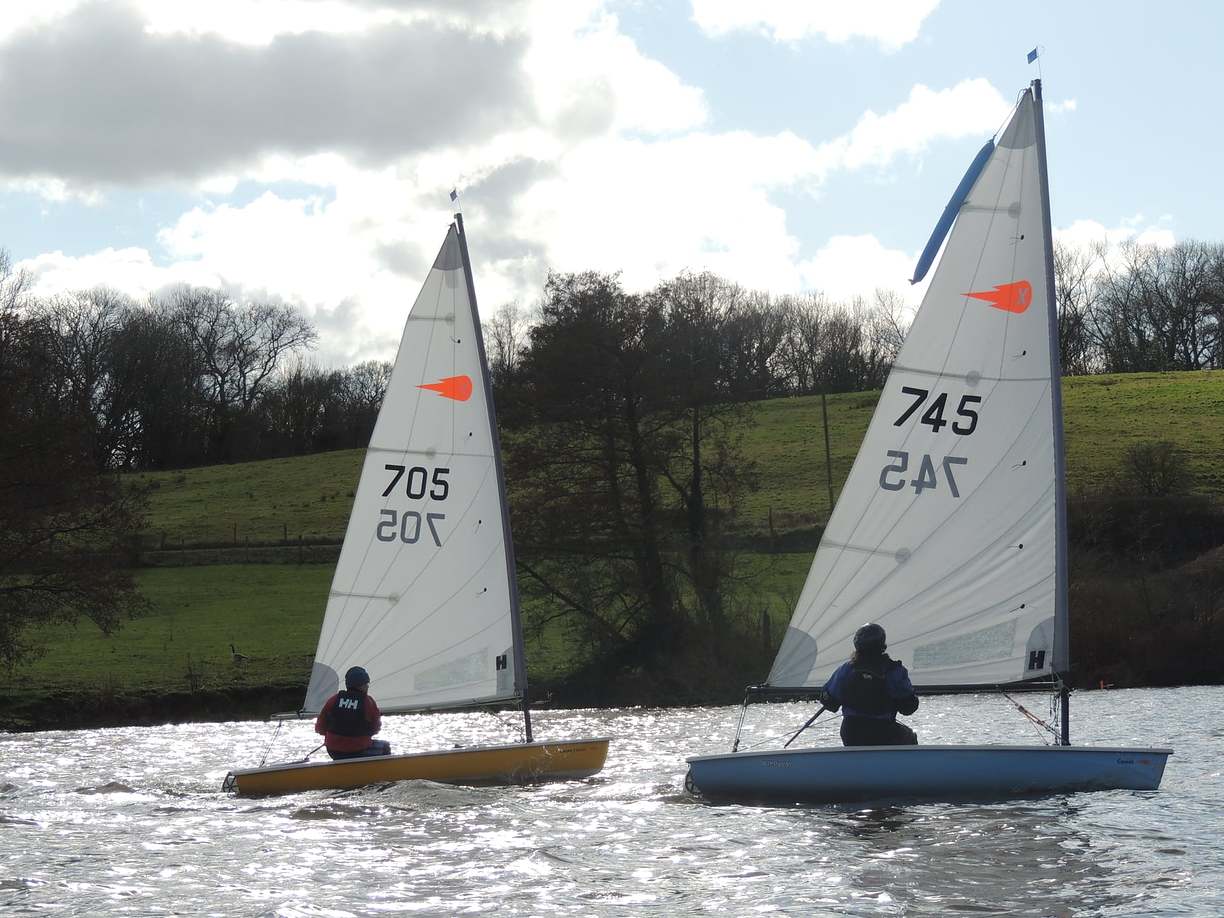